If you’re wondering, “What does childbirth look like?” It’s important to know right from the start that no two birthing stories are exactly alike. Nonetheless, all are incredible and extraordinary. We’re excited to share five of our amazing and inspirational birth stories from The Mother Baby Center.

You’ll read stories of tiny babies thriving in the neonatal intensive care unit (NICU) and mothers getting the help they need from The Midwest Fetal Care Center (MWFCC), a collaboration between Allina Health and Children’s Minnesota. And, you’ll see why people choose The Mother Baby Center as their preferred place to give birth. 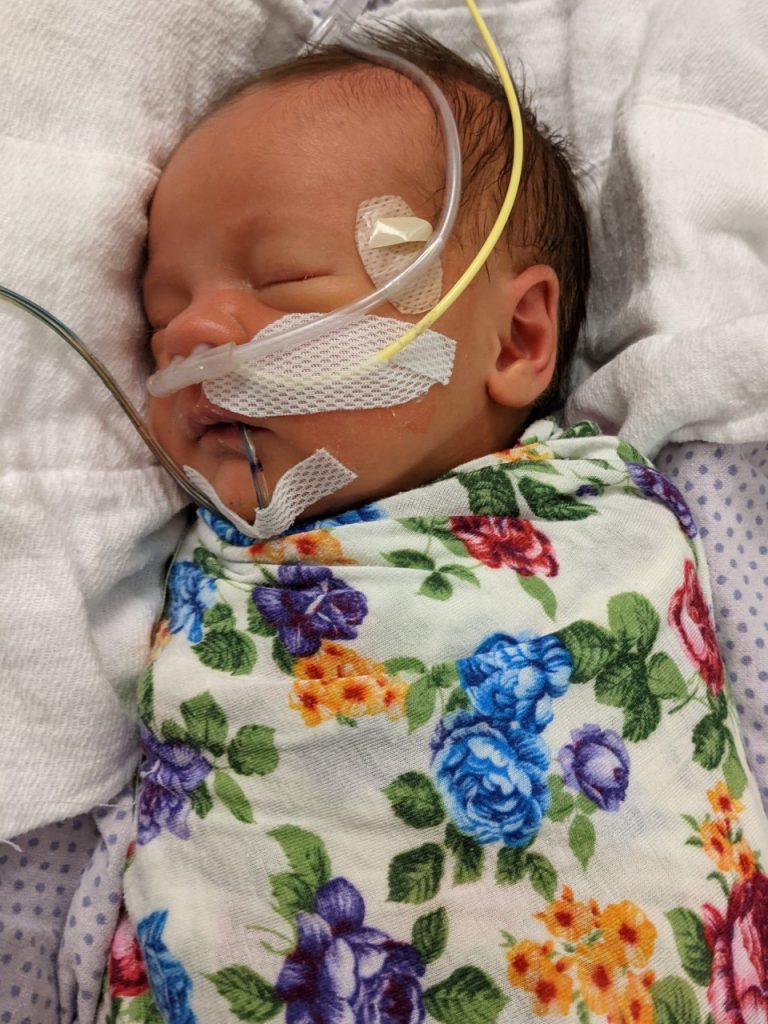 Just one week shy of a full-term pregnancy, Karissa and her husband, Matt, went to the Birthing Center at St. Luke’s Hospital in Duluth to be induced because she learned she had developed preeclampsia. Two days later – just after midnight on September 11, 2021 – Ellie entered the world.

However, at one day old, Karissa’s care team noticed something wasn’t right – Ellie’s x-rays were concerning, showing a rare condition called duodenal atresia. Because of her rare intestinal condition, Ellie was flown to Children’s Minnesota’s NICU to get the expert neonatal care she needed. 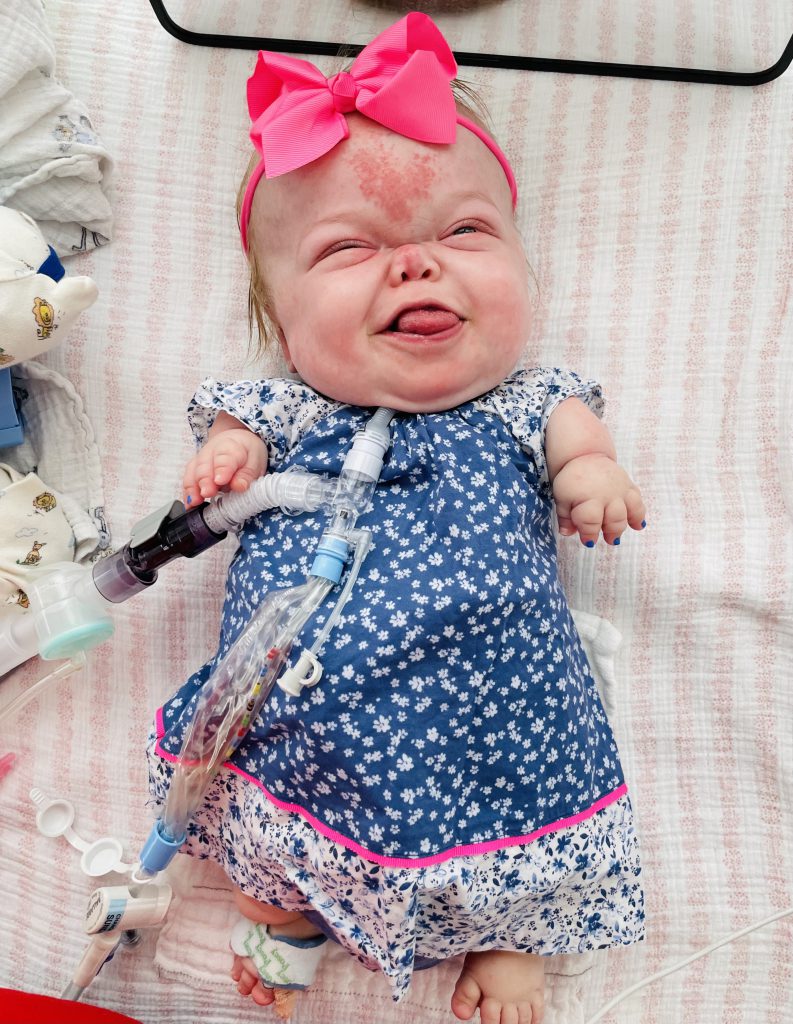 At Grant and Brittany’s 20-week ultrasound, they found out their daughter’s limbs were significantly shorter than average, her chest measured small, and her head measured large. At 25 weeks, genetic test results confirmed their baby had a severe form of dwarfism called Thanatophoric Dysplasia (TD).

Brittany and Grant were given a handout from the hospital, informing them that the Greek word “thanatophoric” means “death-bearing” in English. This 1 in 50,000 diagnosis typically ends in the child being stillborn or passing shortly after birth. But they were determined not to give up on their daughter.

After she was born in Fargo, North Dakota, Esther was brought to the NICU at Children’s Minnesota to get the expert care she needed. She spent nearly the first year of her life there fighting to survive.

At their 20-week appointment, Mycaela and Donovan found out their baby had an unknown mass on his face. The provider suspected it was oral teratoma – a noncancerous but potentially dangerous tumor that could block the baby’s airway, creating feeding issues and more. They were referred to the MWFCC to get the highly specialized care they needed.

Jagger was born via an EXIT procedure at The Mother Baby Center at Abbott Northwestern and Children’s Minnesota. An EXIT procedure is when the baby’s head and arms are delivered while the rest of the baby remains attached to the mom’s placenta. The placenta provided oxygen and nutrients to the baby while the care team removed the externally visible part of the tumor. 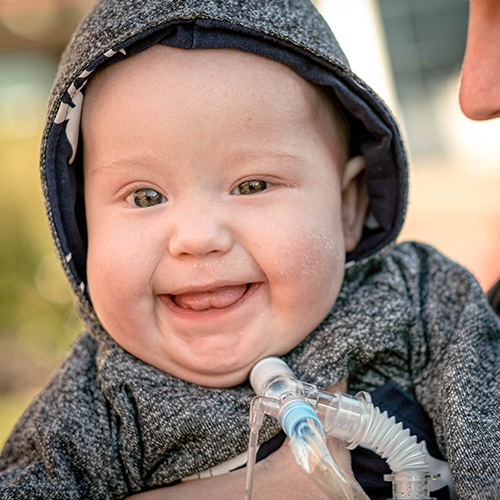 At their routine 20-week check-up, Darby and Brad found out their baby was diagnosed with spina bifida. This spinal cord defect exposes and damages the nerves that control large motor functions like walking, running and jumping.

After confirming the diagnosis with a second physician in Des Moines, Iowa, the Mullers were referred to Midwest Fetal Care Center (MWFCC). The first major decision was surgery, and they ultimately decided on the prenatal repair option.

Odin Muller was safely born via Cesarean section (C-section) on March 9, 2020. His birth would be followed by a 143-day stay in the NICU and ICC at Children’s Minnesota. 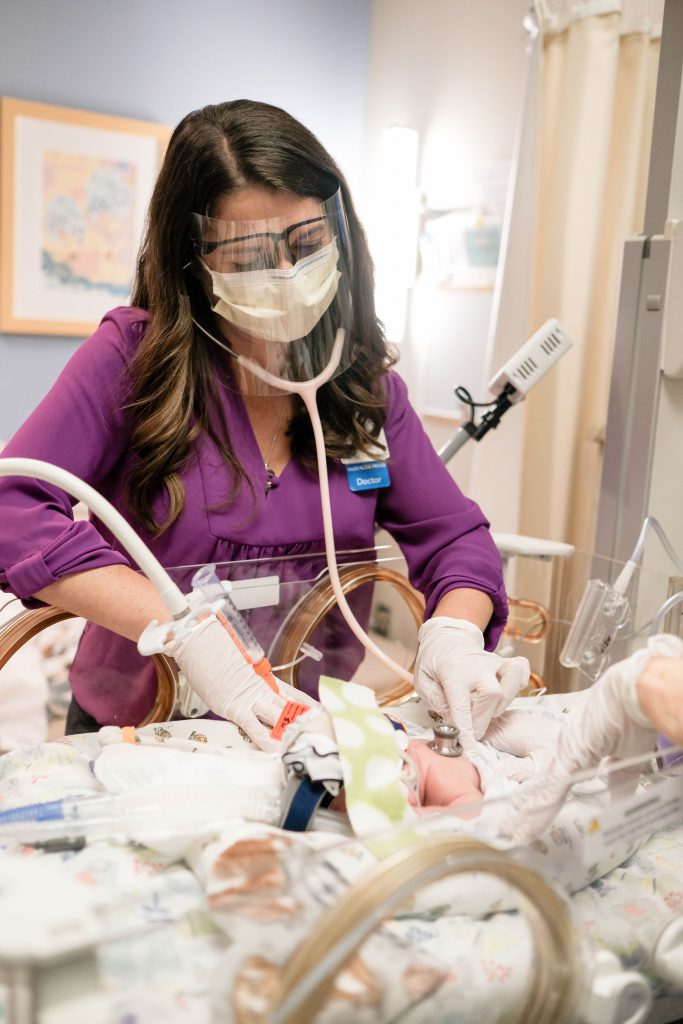 The program is the only kind in the state of Minnesota that allows families with infants meeting specific criteria to discharge from the hospital sooner with expert care and monitoring continuing at home.

Experience your own incredible birth at The Mother Baby Center

As you’ve read, The Mother Baby Center offers some of the best birthing resources in the Midwest. We hope that your birth experience is smooth and easy, but if it isn’t, we have the tools and resources to keep you and your baby healthy. Learn more about our care and delivery services and find a provider today.