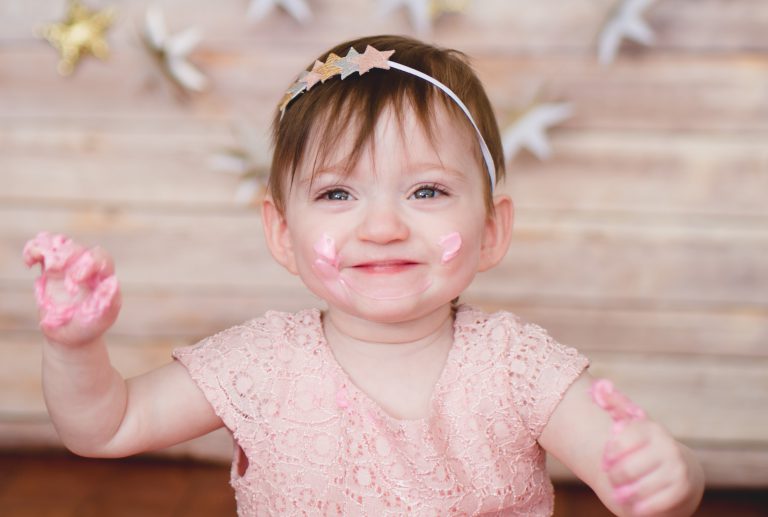 Gaby’s Mother Baby Center journey started with a 4:00 am trip to the hospital. At her 20-week ultrasound, it was discovered that Gaby was high risk. It was highly recommended for her to deliver at The Mother Baby Center, being it is connected to Abbott Northwestern and Children’s Minnesota. Soon after that appointment, between weeks 21-23 of her pregnancy, Gaby started to experience the symptoms of Preeclampsia and HELLP Syndrome (Hemolysis, Elevated Liver Enzymes, Low Platelet Count). At first, they were light and tolerable, and would come and go. However, it didn’t take long before her headaches and fatigue gave way to nausea and inexplicable pain in her shoulder, which she would later discover was liver pain radiating to her shoulder due to the HELLP Syndrome. When she woke up early one morning short of breath and with chest pains, it became obvious that something was wrong. She and her husband, Mike, rushed to the hospital at 23 weeks gestation in early August 2015.

Often going hand-in-hand for pregnant women, preeclampsia and HELLP, are serious conditions that can cause dangerously elevated blood pressure. Upon arriving at The Mother Baby Center, Gaby was admitted immediately, meeting with doctors who explained she was at potential risk for having a seizure or a stroke due to her elevated blood pressure (190/120). She was promptly given steroid shots and hooked up to IV’s of needed lifesaving medications and moved to the antepartum unit.

“The experience we had at The Mother Baby Center was incredible. We were shown expert and compassionate care by all the nurses and doctors.”

After a week of strict bed-rest and constant monitoring, it became clear that is was no longer safe for Gaby or baby to remain pregnant. Her blood pressure was still unstable, and the baby’s heartbeat was getting fainter and fainter. Gaby was prepped for an emergency C-section. On the morning of August 16th, 2015, Gaby and Mike welcomed Lana Rose, their tiny warrior princess, into the world. Lana weighed roughly 12 oz (33o grams), the same as a can of soda, and was approximately the length of a cell phone. She was extremely delicate and small, and the Neonatal team worked diligently to intubate her and prep her for what would become a long NICU journey ahead.

Lana Rose was the second smallest micro-preemie to be born and survive. She spent the first six months of her life at Children’s Minneapolis—4 months in the NICU and 2 months in ICC. She was discharged on February 6th, 2016, and celebrated her third birthday this past August. Gaby says she knows without a doubt that neither she nor her daughter would be here today if they hadn’t arrived at the exact time and place where they did. “We couldn’t have been in more capable and compassionate hands than at The Mother Baby Center.”