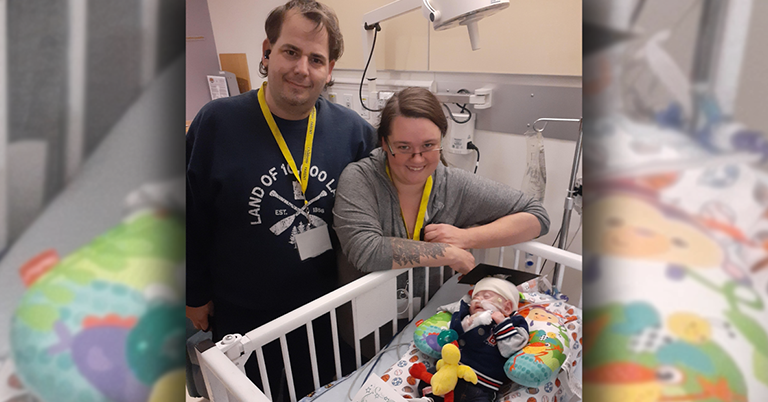 Beth and Rick Hutchinson call Richard their miracle baby. The couple had struggled to conceive for years, but in February 2020, they found out they were expecting! While they were elated by the news, the unexpected happened.

In June, Beth went to the doctor with discomfort only to find out she was already three centimeters dilated – Richard was making his debut. Born at 21 weeks, Richard was ready to defy all the odds.

The journey to The Mother Baby Center

The Hutchinsons are from a small town in Wis., with no nearby neonatal programs. They were immediately admitted to The Mother Baby Center, a partnership between Children’s Minnesota and Allina Health, home to a Level IV neonatal program, the highest-level designation by the American Academy of Pediatrics. 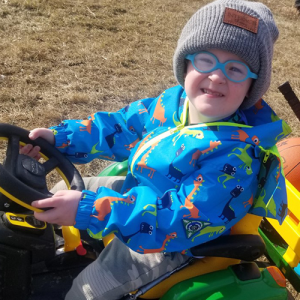 Most hospitals in the nation only resuscitate babies at 22 weeks. A baby only 21 weeks and two days old was too young, and something like is extremely rare to do.

Beth delivered Richard on June 5, 2020, amidst the social unrest in Minneapolis. It was at a time when the National Guard was stationed outside of The Mother Baby Center.

“Everything that was going on, it was insane. There was also the pandemic. It was a strange time,” Beth said. But Richard also brought the family joy. “It was a light of hope.”

When Richard was born, he weighed less than one pound. He could fit in the palm of your hand, and his skin was still translucent.

The expert care that helped save Richard

Because Richard was born so early, he missed out on a significant amount of growth that typically happens in the womb. He was put on a ventilator immediately after birth and he received his nutrition through an IV.

“There’s not a lot of research out there for how to care for a 21-weeker,” said Dr. Stacy Kern, one of his neonatologists at Children’s Minnesota. “A lot of this was learning along the way.” Dr. Kern explained he was one of the youngest babies to survive anywhere in the world to KSTP.

The neonatal team has been carefully monitoring his growth, particularly his lung and brain development.

“The first month they weren’t even sure he was going to make it,” Beth said. “It was really hard. You knew in the back of your head [and] your mind that his odds weren’t great.”

Through it all, the family had the whole team behind them at The Mother Baby Center.

“The staff has always been amazing. They’re very caring about the families,” said Beth about her family’s experience. 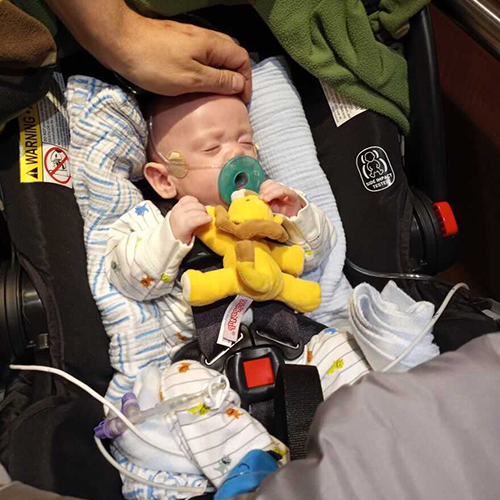 Richard goes home for the holidays

After more than six months in the neonatal intensive care unit (NICU), Richard was finally healthy enough to go home.

“I think Richard has surprised everyone… He’s taught us all how resilient tiny babies like him can be,” said Dr. Kern.

Richard’s parents are so thankful for the care Richard received and that he is able to go home in time for the holidays.

“This is the best holiday gift you can get,” said Beth.

Since going home, Richard loves to spend time in his swing and hang out with the family pets.